Phoma betae is an economically important pathogen of red beet causing preemergence seedling damping, leaf spot and root rot. However, the pathogenicity of P. betae is unknown in New Zealand despite the economic importance of this pathogen. Twenty-five isolates were collected from a survey of red beet seed farms in Canterbury, New Zealand during 2016/2017 and three of these PB101 (from seeds), PB103 (from roots) and PB106 (from leaves) were used for pathogenicity testing of two red-beet cultivars. Isolate PB106 was further used to investigate its effects on spinach and fodder beet as well as red beet under greenhouse conditions. All three P. betae isolates were pathogenic on both red-beet cultivars tested, causing leaf-spot symptoms. Isolates PB101 and PB106 produced significantly larger leaf-spot lesions (P<0.001) compared with PB103. Phoma betae isolate PB106 was pathogenic to both red-beet cultivars, spinach and fodder beet but fodder beet was less susceptible than the other species tested. Regardless of cultivar, <i>P. betae </i>is an important pathogen of beets and is capable of causing leaf spots. 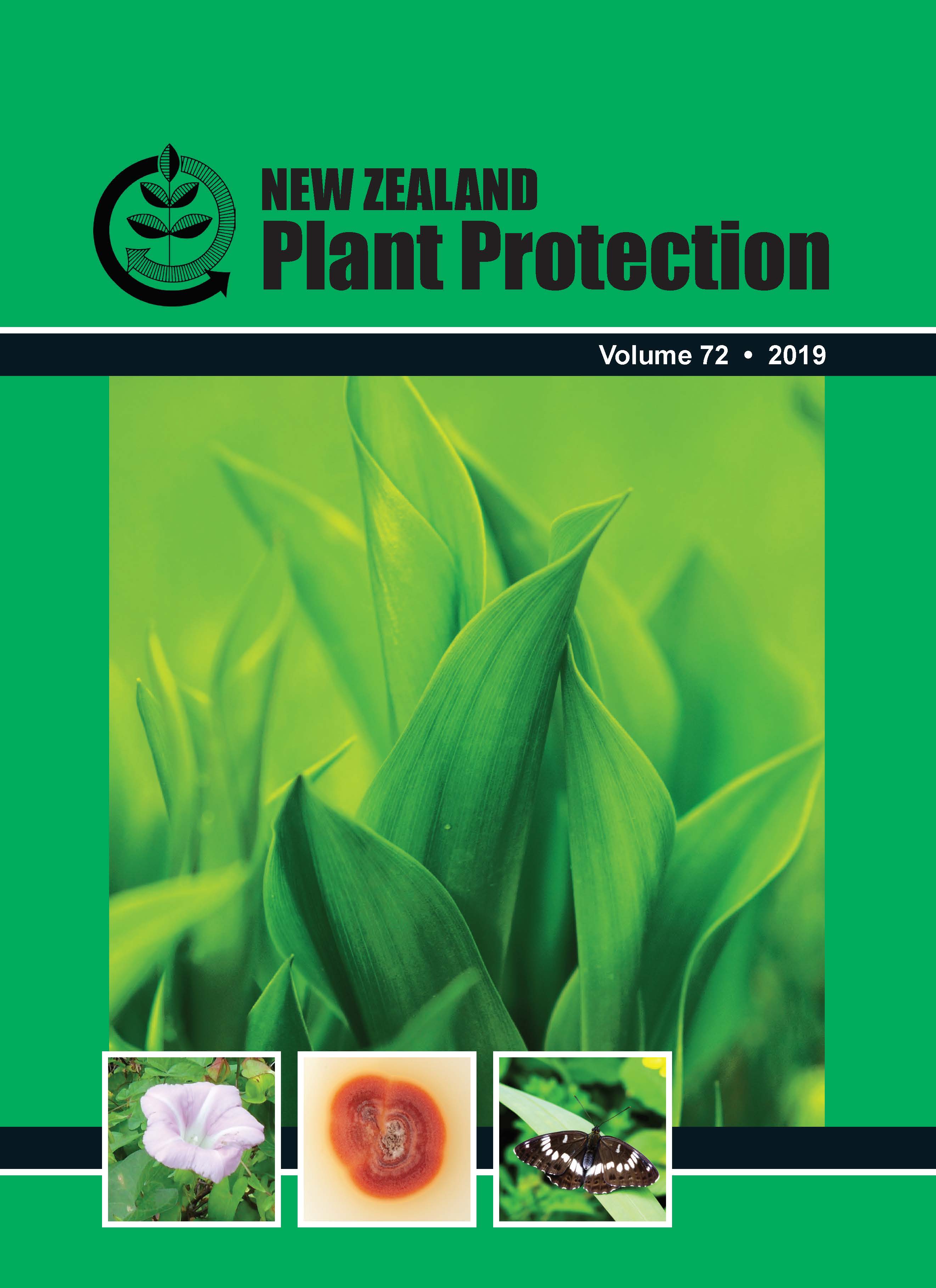 Most read articles by the same author(s)

How to Submit a Full Manuscript